Have you heard about the transformational benefits of turinabol steroids in bulking and weight loss? Would you like to test it out but aren’t sure of the right dosage and possible side effects? This guide gets you to understand everything you need to know about this once popular oral steroid that is currently making a comeback in the weight management and body-building scene.

You’ve probably heard that Turinabol was first developed in East Germany and was hugely popular with German athletes in the 70’s and 80’s. The oral steroid, however, disappeared from store shelves in the ’90s but is now making a slow comeback in the non-competitive bodybuilding and weight management scene.

In this review, we will be helping you understand the history of the anabolic androgen steroid (AAS), its benefits, half-life, dosage, and its side effects. We will also be telling you whether it’s safe for human consumption from an expert’s perspective while also exploring consumer experiences. We start with understanding the steroid.

Note: Turinabol steroid was originally designed to serve as a pharmaceutical drug for muscle loss but was widely accepted as a performance enhancer. It was taken off shelves not because of any adverse health effects from its use but because of existing steroid stigma.

What is Turinabol steroid?

Turinabol is an oral steroid falling in the Anabolic androgen class of steroids. It was the first oral steroid manufactured in East Germany for 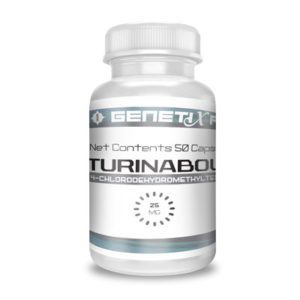 Turinabol steroid stands out not just because of its oral nature in a class of largely injectable steroids but also due to its high bioavailability. Like most of the other steroids in its class, however, it has excelled in its bulking and cutting capabilities.

In most countries around the world – including the United Kingdom – Turinabol steroid is banned and is only available via the black markets. In the UK, Turinabol is prohibited and grouped as a class C drug. In the United States, the steroid is considered a Schedule III drug and supplement and prohibited for use by athletes as well as sportsmen and women.

What are the pros and cons of Turinabol?
The Pros
Cons

Turinabol oral steroid is developed by combining two key ingredients. That is 4-chlorotestosterone, also known as clostebol, and metandienone.

Turinabol steroid was first developed and patented as an oral anabolic steroid by Jepapharm – a pharmaceutical company in Erstwhile East Germany – in 1961. It was developed by combining 4-chlorotestosterone with metandienone by a renowned chemist Albert Stachowiak. The end product was the first oral steroid-free from most of the side effects associated with common injectable steroids at the time. 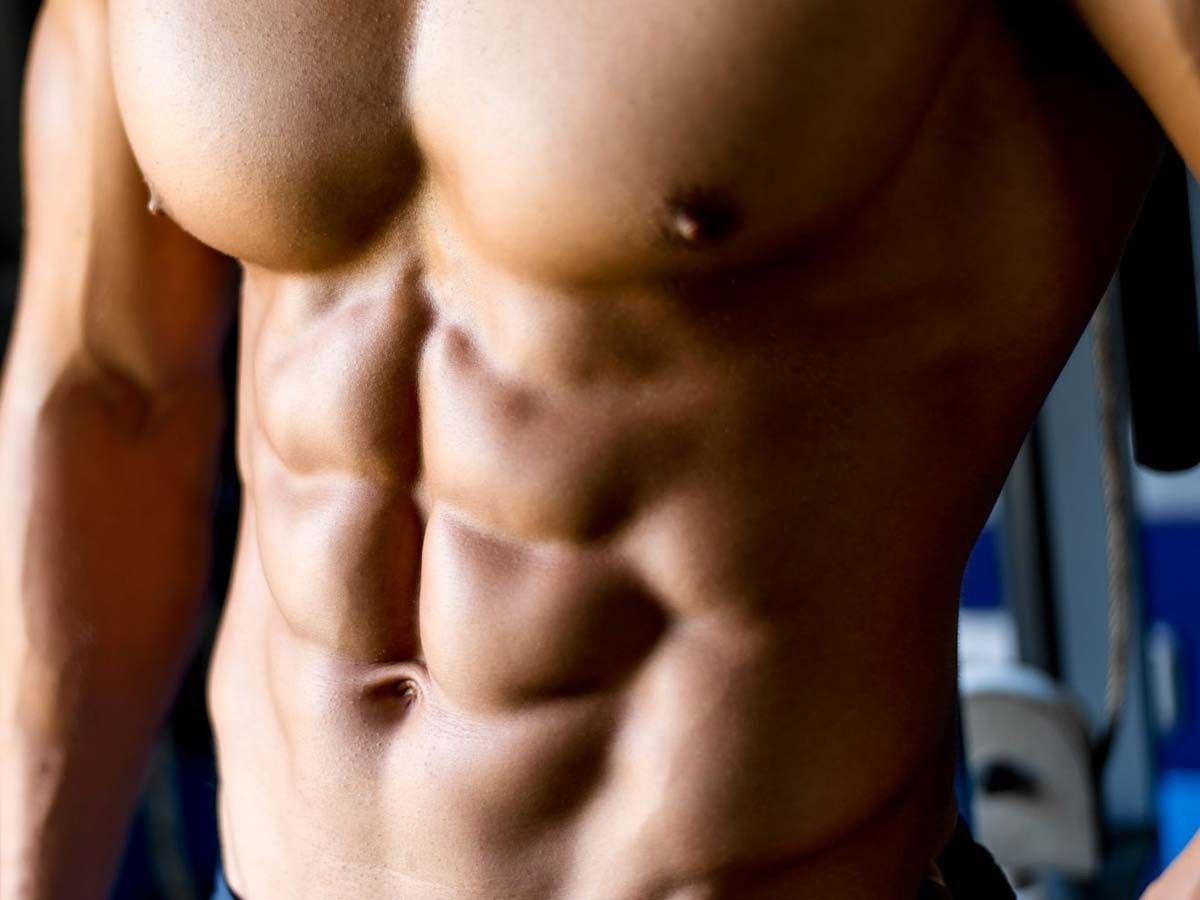 While the steroid was initially developed as a pharmaceutical drug meant to cure wasting diseases, it was best known for its performance enhancement traits. It gained popularity with athletes in the ’80s but recent reports show that most of these young athletes were forced to consume the steroid. A global steroid stigma would later engulf the world and see most steroid including Turinabol taken off the shelves.

Who can use the Turinabol steroid?

Turinabol steroid can be used by virtually anyone looking to cut down a few pounds or anyone else in the chase for leaner muscles. In most countries, however, Turinabol is considered illegal and users can only gain access to it via the black market.

In the recent past, the steroid has nonetheless gained massive popularity in the uncompetitive bodybuilding circles. Here, it is given preference to injectable steroids because of its mild nature that doesn’t expose these sportsmen to serious side effects.

Pregnant women and lactating mothers are, however, discouraged from interacting with the steroid. Similarly, using Turinabol steroids has seen numerous sportsmen and women suspended and even banned from competitive sports by both international and national anti-doping agencies like WADA.

How does Turinabol Work?

Turinabol steroid helps you tone your muscles and lose weight by acting on body water, suppressing estrogen production, and influencing testosterone production. It also induces ketosis in humans by encouraging the body to shift from reliance on glucose for energy to accumulated body fats. 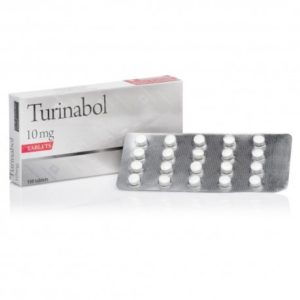 It also induces a boost in metabolism that effectively allows the body to burn excessive fats faster. This translates to leaner muscles as more of the fats are converted to energy. The steroid will also help flush out excessive body water that also counts towards weight loss, bulkier muscles, and increased bone mass.

You will, however, want to remember that the difference in whether you lose weight or bulk out as a result of using turinabol steroids is largely dependent on the dosage. Smaller doses have been proven to be more effective with weight loss while bulking requires higher steroid concentrations. Plus, the steroid doesn’t work in isolation and will need to be complemented by exercises if you are looking to lose weight or build leaner muscles.

Turinabol steroid half-life is estimated to be around 16 hours implying that you only need to consume the steroids once. Given that the steroid is used for both medical, weight management and bodybuilding purposes, the dosage required for Turinabiol is largely dependent on a host of factors. Key among them include who is using the steroid as well as their tolerance to steroids – this is informed by the bodybuilding stage or previous exposure to steroids.

Nonetheless, these are the standard recommended dosages for Turinabol steroid:

The recommended turinabol dosage cycle is currently set at between 8 and 12 weeks or as recommended by a physician for moderate users.

You will do well to remember that while the oral steroid is considered mild and relatively safer than most other oral and injectable steroids, it is exactly free of side effects. And that uncontrolled use of the steroids will have severe effects on your health.

What is Turinabol oral steroid?

Turinabol is an oral steroid developed in East Germany to cure muscle degeneration and loss of bone mass. It, however, gained popularity when it was picked up by athletes as a performance enhancer.

What health challenges does Turinabol oral steroid seek to solve?

Jepapharm created Turinabol oral steroid that it may be used to cure the loss of muscle strength and bone mass. It has, however, been picked up by bodybuilders, athletes, and weight management experts who use and recommend it for use as a performance enhancer as well as for bulking and cutting.

Is the use of Turinabol oral steroid legal?

No, the production and sale of the oral steroids was criminalized in the ‘90s by the international anti-doping agency. However, while different countries in the world including the United States and the UK have gone to list Turibanol on their list of prohibited drugs, the sale and use of the steroid thrive in the black market.

Who can use Turinabol oral steroids?

Virtually anyone except pregnant women and lactating mothers can use turinabol oral steroids. If you, however, want to avoid its associated side effects you are advised to stick within the recommended dosages and cycle.

Where can I buy turinabol oral steroids and for how much?

Turinabol oral steroid is classified as a banned substance by most countries and is, therefore, not available over-the-counter and neither is it listed with any popular online retailers.

Does turinabol steroid have any side effects?

Yes, while the oral steroid is believed to have fewer and less severe side effects, continued use and excessive consumption still exposes you to pretty serious side effects. Some of the most common include life-threatening liver damages, heart failure, and irreversible manly traits like facial hair and smaller breasts in women.