Today, let’s talk about Cardarine. Otherwise known as GW-501516 or Endurobol, plenty of people have spoken about their experiences using the product to boost their endurance. You may have come across this article wondering what the difference is between this and other substances like it. Perhaps you are wondering what the product can do for you.

In this article, we will discuss the benefits of Cardarine and the truth about the product so that you can decide whether or not to include it in your fitness regimen. We will also discuss talk of side effects in Cardarine and verify the validity of those claims.

The results of our research seem promising, so if you would like to find out more about Cardarine, then keep reading.

Cardarine is marketed as a SARM, or a selective androgen receptor modulator. However, it is actually classified as a PPAR–peroxisome proliferator-activated receptor. It was originally developed as a safe medication alternative for heart conditions as well as metabolic conditions. 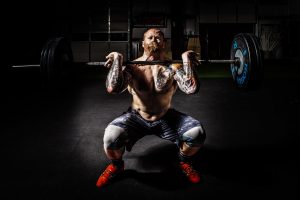 While Cardarine may be thought of as a SARM, it is actually quite different in structure and in its role as a drug. It functions similarly to a SARM as it strips the body of fat and builds endurance within the muscles. However, PPARs are agonists which bind to the sensor proteins of the body, mostly found in muscle and fatty acid. When contact is established and activation occurs, our bodies burn fat faster. These same proteins build muscle endurance.

How does Cardarine work?

Cardarine works by increasing fatty acid oxidation. This is when it was used in a test group of healthy, inactive participants. These volunteers’ primary energy source was stored body fat. After using Cardarine, there was an increase in the participants’ ABCA1 and CPT1 levels, both of which are genes used to burn fat.

Since these results were found in healthy men who weren’t exercising, it is expected that men who diet and exercise will find Cardarine more potent than those who do not. This is what makes it popular among bodybuilders both new and experienced for cutting out the fat in their bodies and building lean muscle, along with building muscle strength and endurance. Many have jumped on the Cardarine bandwagon as it is effective in doing what it promises.

Other studies have suggested that Cardarine had successfully reduced damage to tissues and blood vessels that happen over one’s lifetime. More research has yet to be conducted, but the studies have yielded favorable results thus far. While Cardarine may be used for that purpose, you can see that the reparative qualities found in Cardarine will help with building endurance as it heals muscles faster than what the rate would be without it.

What are the benefits of Cardarine?

It started as a drug meant to control metabolism and/or cardiovascular disorders.

proven to repair tissues and blood vessels as advertised.

Cardarine improves stamina— your cardiovascular performance. You will notice yourself going farther distances and being able to push yourself to new limits. This is particularly evident during cardio sessions.

boosting your fat loss. Doing more during exercise will lead to burning plenty more calories and as such, recalibrating your metabolism to keep burning fat even when you’re not at the gym.

preserve your muscle mass, even at a caloric deficit–which usually decreases muscle mass as you cut. When the PPAR-delta activates, not only does it tell your body to melt fat, but it also helps to stimulate your muscle fibers.

Reduces LDL-cholesterol and triglycerides. This is done through Cardarine’s mechanism of action, plus that increasing the user’s endurance leads to more exercise and fat-burning. Also, you will likely not need a PCT supplement to use with Cardarine, because it is not a SARM. It does not suppress your hormones like a SARM would. Neither does it have side effects related to estrogen.

How to use Cardarine

One must always be wary of the amount of Cardarine they are using, since an excessive amount could prove harmful in the long-run and end up posing a serious health risk. While there are many benefits to using this drug, one should always exercise caution when using this or any other supplement. Continue reading to find out how to take Cardarine. 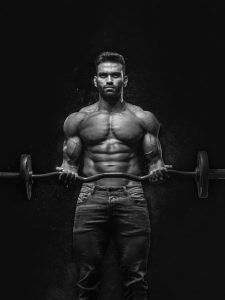 As it is, there is no general consensus on how much Cardarine should be taken, as it has never passed testing of any sort to determine a number for dosage. As it is, it is an experimental drug, therefore no dosage exists backed with scientific evidence for people to use a healthy amount for bodybuilding.

All that is available to the public are anecdotes from people who have been using Cardarine for a long amount of time. Some have used it for decades, and more are coming to use it in the last few years up until present day. Studies have been done, but mostly have been performed on animals with dosages as high as 50 mg per day, mainly just to see what would happen to them. Results in humans have been favorable on as little as 10 mg per day. Others who are more used to the substance have been using as high as 30 mg a day. It depends entirely on the person, so if you are interested, start low and see what your results are.

We personally recommend that new users start out at 10 mg or lower per cycle, and then adding 5 mg to see whether you enjoy the results or not. Cardarine has a half-life of 12-24 hours, so most tend to dose twice a day. It may be better, as you’re starting, to take it once in the mornings at around 10 mg.

With that said, this supplement should only be taken by healthy adults ages 21 and over, who are not pregnant or lactating. Take with caution, and use in a cycle of six weeks of use with six weeks of recuperation. Keep out of the reach of children at all times. Storage should be in a cool, dry place separate from sunlight.

The largest scandal surrounding Cardarine is that some studies have shown it to cause cancer. Despite this, in the bodybuilding community, there have been no real reports of Cardarine users suffering from cancer any more than what would be considered normal. These studies were also conducted on animals at very high doses. It is unrealistic to expect that similar results would occur in humans who take the drug at much lower doses.

Beyond that, there are no other side effects reported beyond headaches and nausea at higher dosages. Post-cycle therapy supplements do not need to be taken either, as the drug does not make changes to testosterone or estrogen levels. 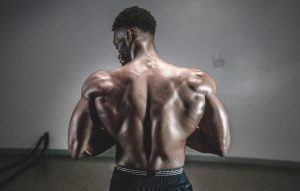 If you are wondering how the bigger people at the gym can handle the punishment they endure on the daily, it’s likely not just by diet and exercise alone. It’s very likely that their figures are achieved through a SARM or similar, like Cardarine.

Cardarine can be used by both men and women over age 21 if they are seeking to build better muscles, cut more fat, and boost their endurance. It helps athletes, crossfitters, weightlifters, bodybuilders, hobbyists, and everyone in between and beyond reach their fitness goals.

When used as recommended, without overdose, Cardarine has proven itself to be safe. Side-effects may occur through using too much, but beyond nausea and headache, there is nothing noteworthy to report. Regardless, never choose to overdose. Rest between cycles, and never overextend when you are feeling negative effects arise. For beginners, do no more than 6 weeks of Cardarine, followed by 6 weeks of resting. More experienced users can use it for longer, but this must always be with caution.

Also ensure that you are sourcing Cardarine from a reputable source. There are not many places that sell this product legitimately. Counterfeits exist far and wide due to Cardarine’s popularity, so look up reviews to ensure you are getting the genuine product. You must always be vigilant when you are purchasing SARMs or similar.

Finally, take all supplements under the supervision of a doctor, plus any diet or exercise that you may choose to pursue. Your body chemistry must always be watched, so that you know if you are at safe levels of dosing. Do not proceed with any supplements you may add to your fitness regimen if your doctor disallows it.

Results say that stacking Cardarine is a good idea, especially with SARMs. Stacking would be there to help create greater gains and have you steamroll forward with endurance and stamina. It stacks well with SARMs like MK-677 and Ostarine. This reportedly helps preserve lean muscle from deterioration.

However, since the drug has not been thoroughly tested, it is always best to exercise extreme caution with stacking SARMs. Do your research as you may be combining SARMs in a stack that would not be effective, or would produce an undesirable effect. Do not stack your doses where the dose would exceed the amount you would take from any of the other SARMs and Cardarine.

Where to buy Cardarine

Reputable sources for Cardarine exist, but it’s difficult to know where to find them on and offline. As Cardarine is still an experimental drug, it has not passed official testing for widespread consumption, making it difficult to obtain the real thing online. Because of this, we do not recommend using any online retailers beyond the ones we have researched here. These are the safest places to get Cardarine and other SARMs online.

Cardarine will help you gain the endurance that you need in order for you to lose fat, bulk up, and cut yourself the figure you have long since fantasized about. Always use proper diet and exercise and you will find that this fantastic drug will help you out with so much of the work, you’ll be working much harder to break a sweat at the gym.

It is worth reemphasizing to keep your doses at a safe range and only use this drug if sourced reputably. Do not attempt to overdose to prevent accidents from occurring. Otherwise, this is a great addition to your fitness regimen whether you have no experience in bodybuilding or have been a loyal gym rat for years.

View our deals on 2020’s top-rated SARMs below!

Cardarine Reviews: What The Customers Say

Cardarine has garnered mostly positive reviews based on the reviews we have gathered to view what the customers thought of the product. While these reviews were good, some people had unrealistic expectations as to what Cardarine can do, and were thus negative. That aside, users reported using Cardarine to build extreme cardiovascular endurance and thus more muscle mass that way, as long as it was used correctly. Here are what some customers had to say about their Cardarine experience:

Cardarine is a PPAR--peroxisome proliferator-activated receptor. This was once developed to help people with cardiovascular issues, but has since been adopted by the fitness community to build endurance and muscle.

What is the dosage for Cardarine?

The dosage for Cardarine is no more than 10 mg per day at a beginner’s level. Do not go over this amount if you are not experienced.

Who can use Cardarine?

Men and women age 21 and up, who are of good health (no pregnant or lactating mothers) can use Cardarine for all their fitness and bodybuilding needs.

How safe is Cardarine?

Cardarine is safe as long as used within the recommended dosage.

Can I get a Cardarine free trial?

We have not been able to find any free trials available for Cardarine at this time.